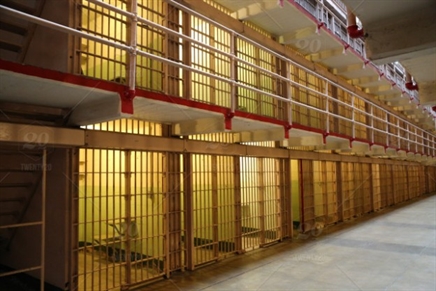 Working as a Prison Guard is a Constant Challenge!

It requires that you keep a calm and collected attitude while working in dangerous and often times completely random circumstances.

Even with proper training and equipment a prison guard can very easily be attacked and receive life threatening wounds.

On average, 11 work-related fatalities of guards are reported per year. Making the job of prison guard one of the top ten most dangerous jobs.

Let’s Take a Look Inside the Average Day in the Life of a Prison Guard.

A Day in the Life of a Prison Guard

Check out a video: here and here

As you can see, there are often hundreds, if not thousands of potentially dangerous prisoners that an officer is expected to be in very close contact with throughout their day.

Oftentimes officers are not armed with a gun for protection.

Because an officer doesn’t have a gun it is crucial that they feel safe and confident in their environment through other means, and the best way to do this is through using body armor.

Let’s Look At Some of the Most Popular Equipment Used to Keep Prison Guards Safe.

We Ship To Your Door!

Look At Our Catalog of Guard Equipment Here: Catalog

For Help in Deciding For Your Team!

If you would like additional guidance to choose the best products for your team please contact us, we are confident that we can deliver all of your tactical customization needs.

8 tips to help YOU choose the right RIOT HELMET size

Are You Prepared for an Active Shooter?